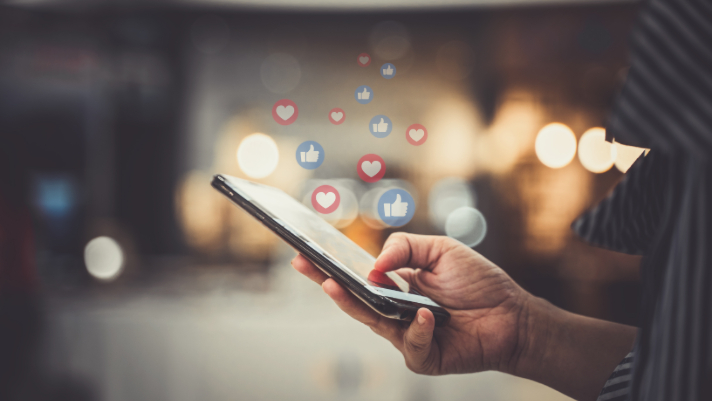 In the social media-driven world that we live in today, anything can go viral with just a click of a button. Although some virality is just luck of the draw, many brands have managed to make viral campaigns using planned, unique, and strategic marketing approaches.

Nonprofit campaigns have that same capability. Your fundraising strategy will be the deciding factor in how your campaign performs. There’s one thing that all viral campaigns have in common – they use the power of storytelling to send a message while at the same time, delivering that message in a unique way and thinking outside the box.

Using different approaches and strategies can help you get the most out of your nonprofit campaigns and, in the end, find what works best for your organization.

HaloShare is here to help make the best of your nonprofit fundraising campaigns. With that in mind, here are 5 distinctive and successful campaigns and how they managed to use both effective storytelling and the power of social media to bring awareness to their causes:

The Wildlife Images Rehabilitation & Education Center is a private nonprofit corporation whose mission is saving wildlife. They provide care and treatment for sick, injured and orphaned wildlife in the pacific northwest and care for over 1,000 animals every year.

Their “Catch and Release” campaign kicked off in February, around Valentine’s Day, and gave the opportunity for closure and laughter at the same time. Their Facebook campaign reads:

Donors were able to name a salmon and the salmon they named was then fed to the center’s two brown bears. The center also provided a certificate and photos of the feeding included with the $20 donation.

This campaign received 256 likes, 117 comments and had over 300 shares on just one Facebook post. The campaign received so much traffic, that the center had to put a note on their campaign page that read: “Do [sic] to the overwhelming support Wildlife Images can no longer honor the certificate and photo opportunity for the Catch and Release option.”

The fundraising strategy used here is a perfect example of a standout campaign that appealed to the masses. For those who were not already familiar with the center, this was definitely something that would catch their eye and prompt them to partake. The center aimed to bring brand awareness to their cause and they accomplished it in overwhelming fashion.

2. Ad Council- Love Has No Labels

As a nonprofit organization who works to promote campaigns centered around public issues, the Ad Council launched a movement in 2015 titled “Love Has No Labels” to celebrate diversity and fight against bias.

The public service announcement, which was also centered around Valentine’s Day, aimed to promote the message that although we may be different in some ways, underneath it all, we are all human.

The campaign showed couples and loved ones standing behind an X-ray screen where spectators could only see their skeletons. Their gender, age, race, and religion were all hidden – until they stepped out in front of the screen.

The video of the event quickly went viral – generating over 160 million views, which resulted in more than 2.7 million visits to Ad Council’s campaign site and over 30,000 uses of #LoveHasNoLabels.

Viral campaigns typically go viral in large part to viewers’ ability to relate to it, and the ‘Love Has No Labels’ campaign did just that. Nationwide, the message of unconditional love regardless of gender, age, race, religion, sexuality and disability resonated with the masses.

The unique format and inspiring message this campaign stood for is a huge contributing factor as to why it gained so much attention. The Ad Council took a stand to spread universal love which resulted in the creation of a huge movement.

With the help of the Make-a-Wish Foundation and content agency Clever Girls Collective, Miles Scott, a five-year-old from San Francisco who was finishing chemotherapy treatments for leukemia, was able to achieve his dream of being Batman for a day.

Clever Girls Collective tapped into their network of more than 6,000 social influencers and began spreading the word about the mission to make Miles’ dream come true by creating a @SFWish Twitter account and promoting #SFbatkid. The five-year-old went from Miles Scott to Batkid overnight.

Miles quickly gained the support of many celebrities and influencers including Batman himself (Ben Affleck), Brittney Spears, the San Francisco 49ers and Barack Obama, who all showed their support via social media.

#SFbatkid received nearly 600,000 tweets and drove 1,000 visits per second to the Make-a-Wish Foundation website and 20,000 people showed up on the day of the event to see Miles transform into a superhero and live out his dream.

Influencer marketing played a huge role in making Batkid’s dream into a reality. The use of influencers in marketing is one of the most popular strategies currently being used. This fundraising strategy allows social influencers, or in this case, celebrities, to reach their network of loyal audiences for support – which can earn the campaign significantly more exposure.

As an organization, Charity: Water’s mission is to provide clean and safe drinking water to people in developing countries and according to their website, they have funded 38,113 water projects for over 9.6 million people around the world.

For 13 years, Charity: Water has labeled itself a nonprofit disruptor of sorts, from the way that they collect donations via their ‘Birthday Party Project’ to the names they give themselves in their work roles. Their marketing campaigns are just another facet of that forward-thinking mentality.

Their latest campaign features a mini-series that follows the team in Cambodia as they share their journey and impact.

Charity: Waters’ choice to document their journey and share it via their social media channels, enables donors and supporters to see the direct impact donations are making on the people in these developing countries using creative storytelling and powerful imagery.

Sharing the experience with their supporters promotes a feeling of transparency and allows you to take a peek into the way that Charity: Water truly lives out their values.

Of course, nonprofit campaigns don’t always have to directly appeal to new audiences. In this case, the campaign shows supporters the good that is being done with their help. It gives a sense of reassurance and the desire to continue to donate.

Simply reiterating your mission helps to reassure current donors that the right path is being taken with their funding while also inspiring those who haven’t donated before to consider taking a chance.

If you’ve never had the pleasure of watching an Omaze campaign video, you have truly missed out.

Omaze is an online fundraising platform that gives away once-in-a-lifetime experiences and exclusive opportunities in support of nonprofit organizations.

Their website reads: “Ever wondered how to meet a celebrity, win a trip, or get in on luxury car bidding? Omaze has an online sweepstakes for you. Make a donation and enter to win!”

Experiences are often revealed through Omaze’s YouTube channel with videos of a celebrity, or celebrities, announcing their collaboration with a specific organization. Entry is then open to the public with donations as little as $10. There are also opportunities to earn additional entries by buying autographed merchandise signed by the celebrity promoting the experience.

Omaze videos quite often become viral campaigns in large part to celebrity appearances, however, they also resonate because of their humorous nature. This approach works quite well for Omaze as the platform has had people from over 180 countries donate to more than 300 organizations. The donations collected over the years total over $100 million! That’s pretty Omaze-ing if you ask me!

Getting a campaign to actually go viral requires high-level planning, creativity and strong storytelling capability. Of course, even if you have ticked all of the boxes, viral campaigns can be unpredictable. There’s no formula, however, you can review your post-campaign data to analyze if you should change directions or continue on the journey.

Want more on creating powerful stories (that may have a better chance of going viral)? Check out this TED Talk by Andrew Stanton, writer of WALL-E and Toy Story, that can help set the stage for a powerful tale: 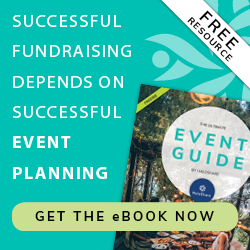 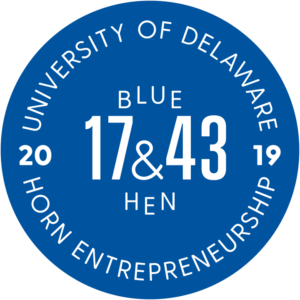